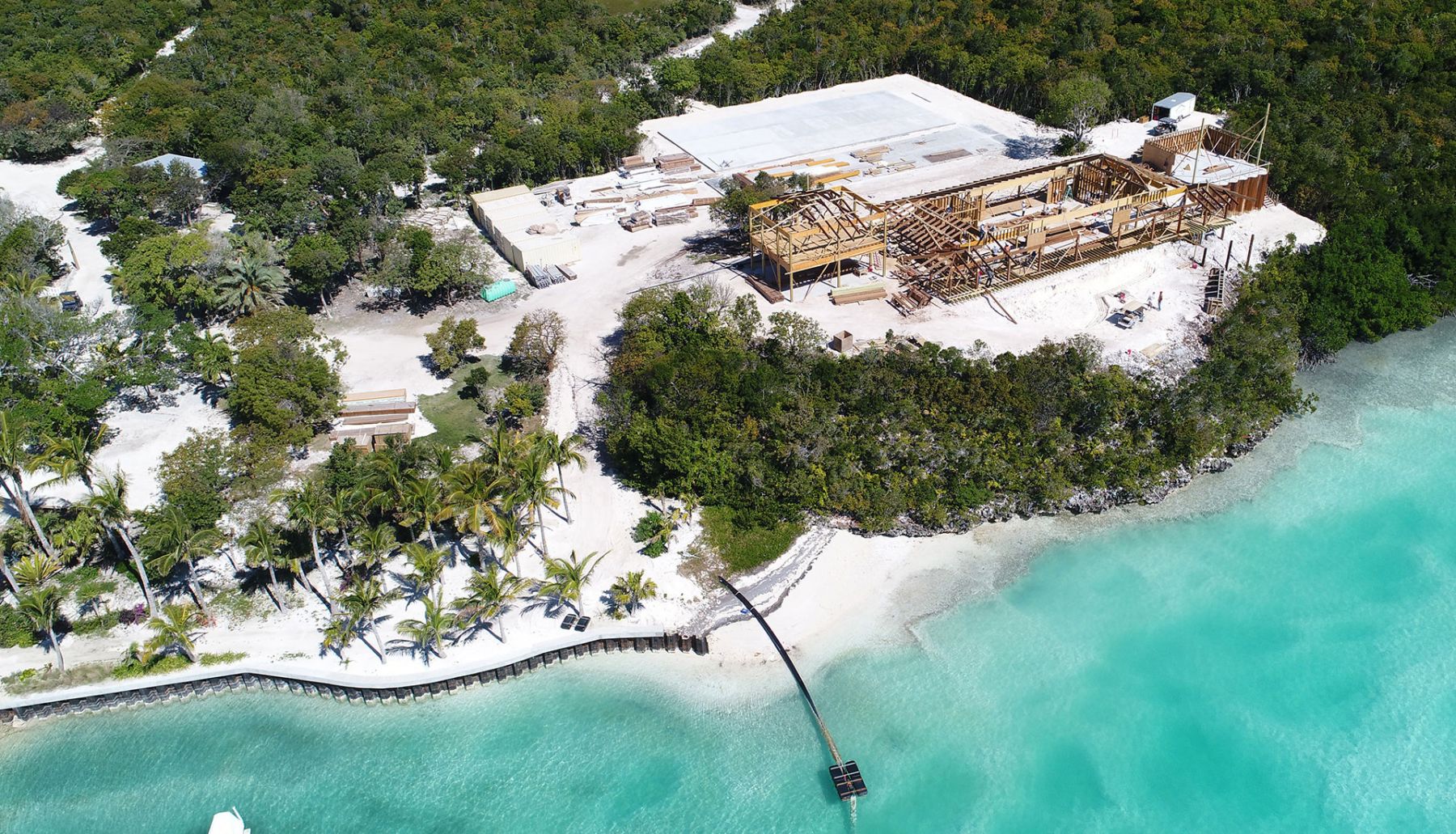 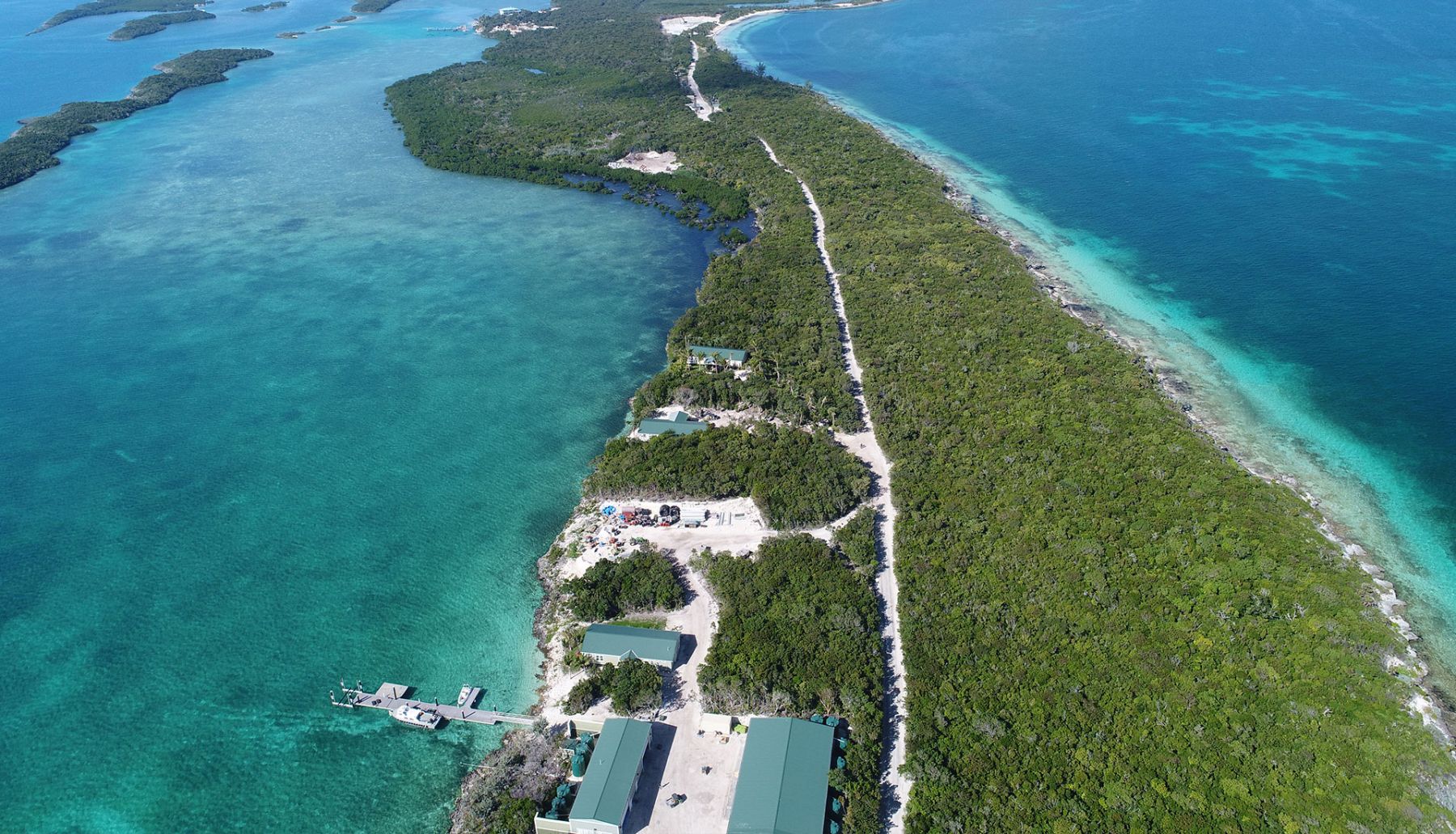 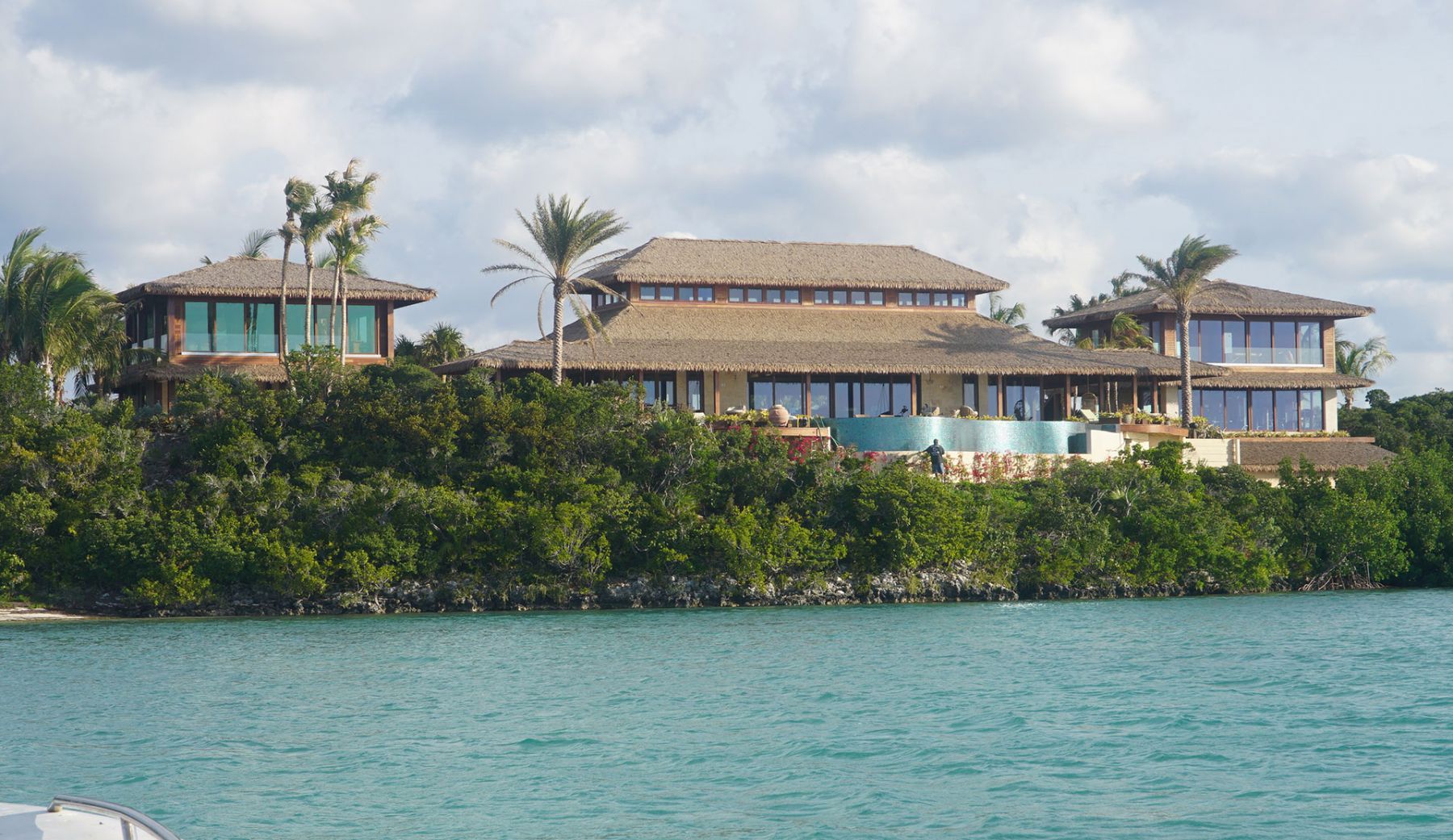 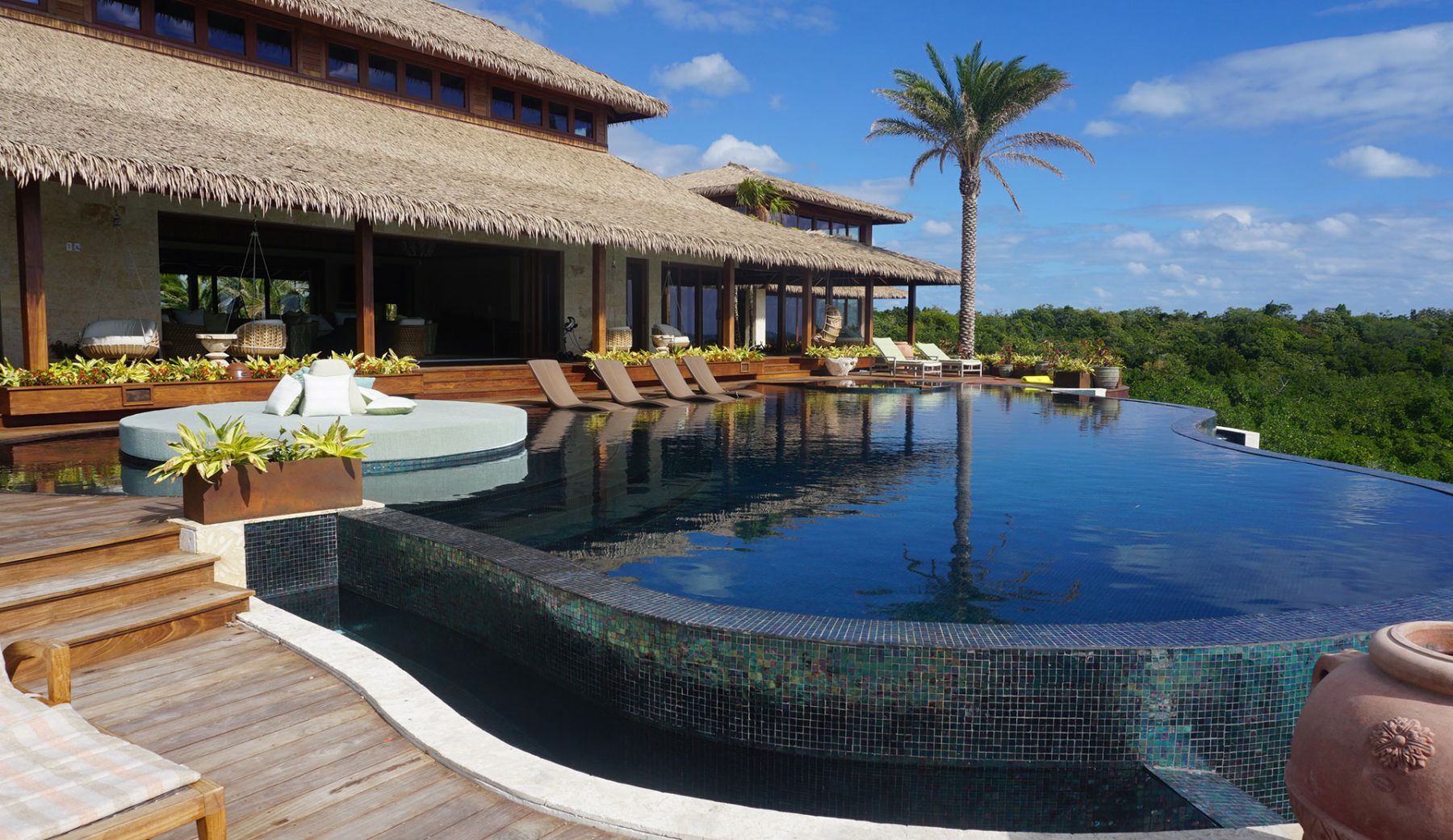 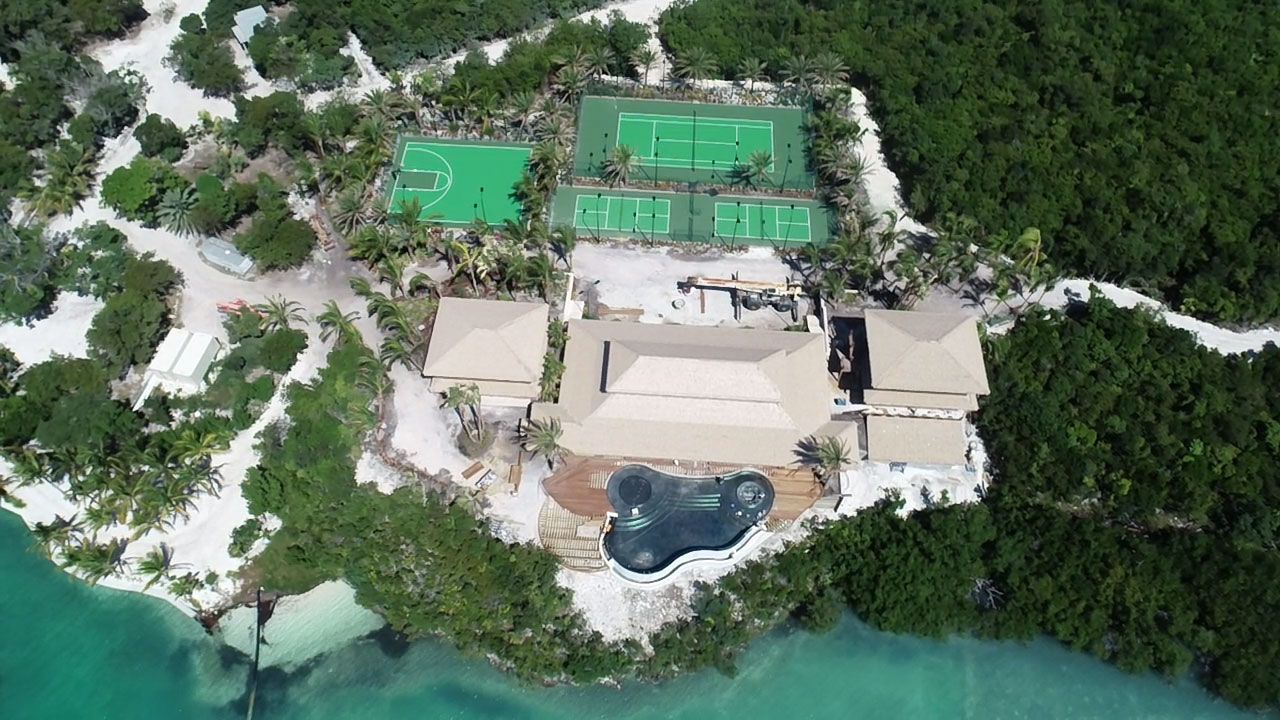 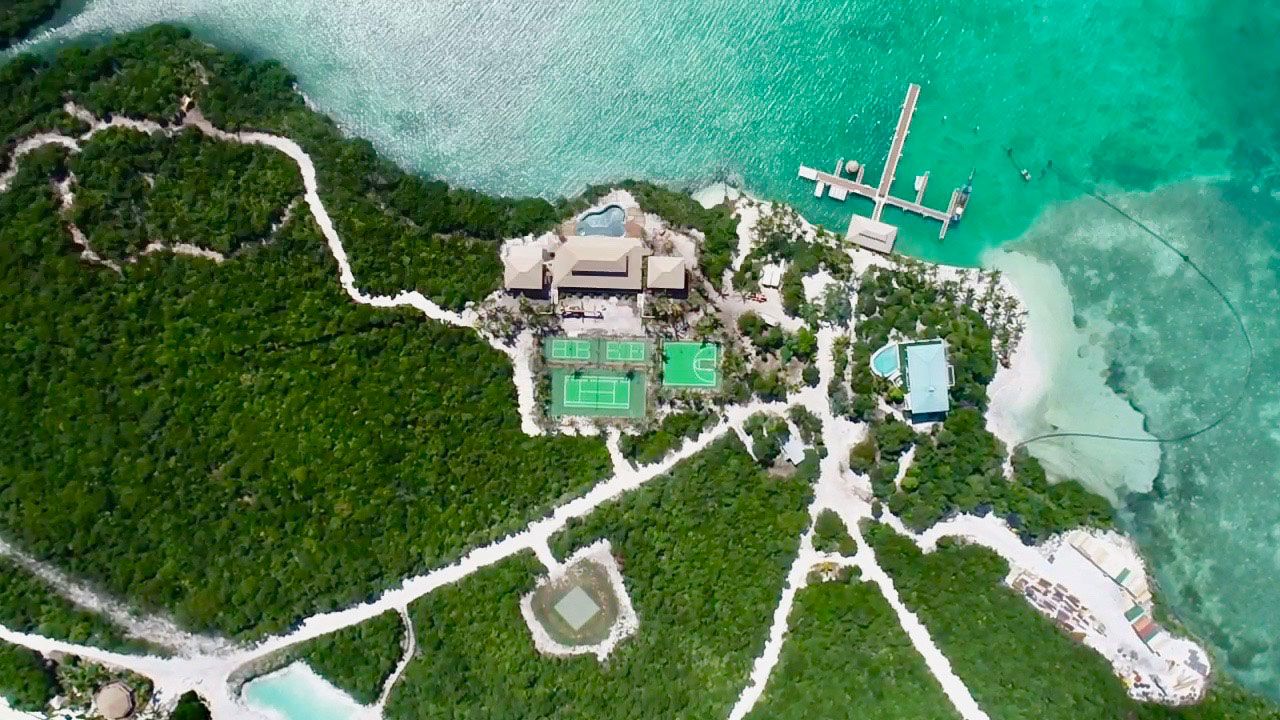 Our “Private Island Retreat” brought us across the Atlantic Ocean to build a client’s private island located in the Northern Abacos of the Bahamas. I found and started bidding on the island of Big Grand Cay May 19, 2014, through a CBRE Auction in Chicago.  I had known for years that my client wanted his very own island and kept in touch with realtors around the world to keep me up to date when one came available.  A real estate agent in Chicago called me and after flying over to present the property to my client, he knew he had found a perfect getaway.   The island of Big Grand Cay includes a strand of seven islands.  I performed the master plan for the negotiations and legal contracts with the Bahamian government for the Family Encouragement Act.

The concept of the Polynesian style architecture starts over the course of the next 3 to 5 years.

One of the largest challenges was importing the raw materials, ordering & shipping the construction materials and the basic operational materials of water & food.  The purchase and renovation of the LCM8 landing craft to the actual charter barges just scratch the surface for shipping materials.  The existing shipping lane & bulkhead was abandoned for forty years.  A new seawall and docking area was required, which eventually became the new warehouse area to generate water & power.

Rothrock Construction worked diligently with the Bahamian government to clarify Freehold and Leasehold boundaries for permitting.  A new dock and tiki structure was built for the Customs Agents to allow construction to start.   We had to create a new plan to develop to three water makers and a new main water line.  The electrical system was designed to include a 175KW generator with a 350KW backup.  All of the electrical lines and transformers were trenched throughout the main island.  The future development plan will also house three wind turbines.

All the construction was placed on the largest of the seven islands; Big Grand Cay.  It consists of three homes, four bungalows, three pavilions and five pools.  We renovated two pre-war existing octagon bungalows which was housing for the late President Nixon security team.  The main house, formerly known as the Robert Abplanalp House, is renovated for the new family while the construction starts.

A Pool Recreational building was added onto the property with a Main Dining Building and Exercise/Yoga Building.  At the Main Pool Pavilion a 34,000 gallon glass pool is constructed with a disappearing edge overlooking the ocean.  Surrounding the Recreational Pavilion the client added two Pickleball Courts, a Basketball Court, a Volleyball Court and Tennis Court.  A Staff House was also constructed that can sleep two VIP Suites, five bedrooms and three bunkrooms.

There are two main beaches on the island that are over 3,000 feet.  One of the beaches we built four private bungalows, each 1,400 sq feet with a plunge pool at each one.  At each flanking corner inside the bungalow, is a 90 degree 10’-0” panel that opens to the ocean. 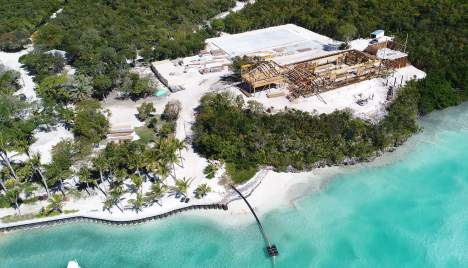 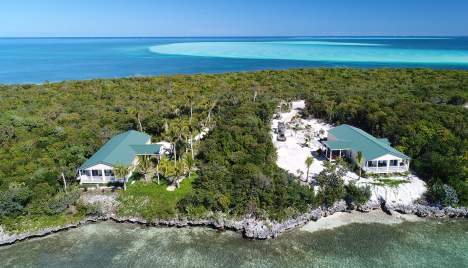 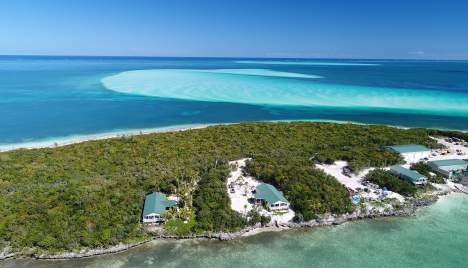 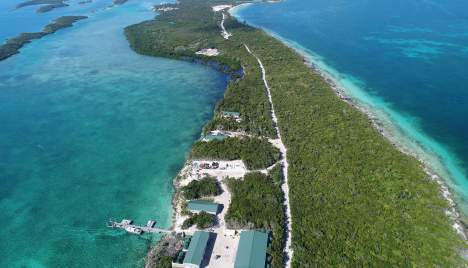 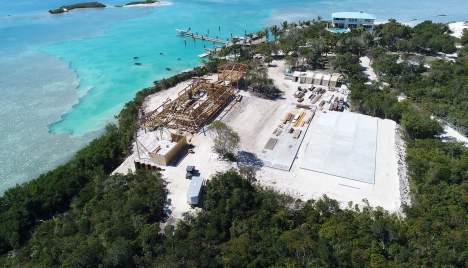 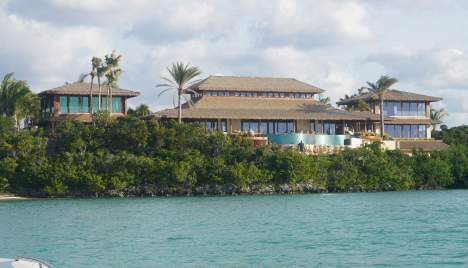 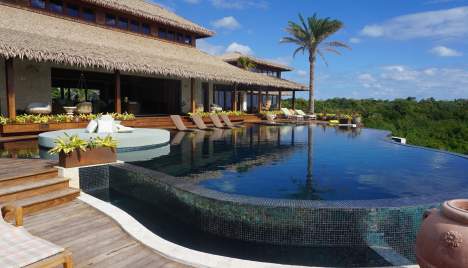 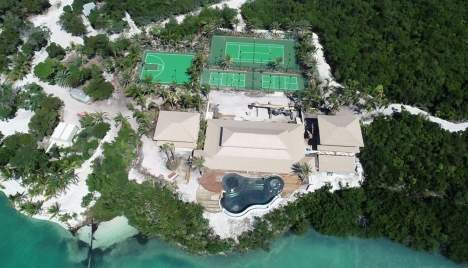 Bringing More To The Boardroom

This oceanfront custom home is located in the private community of Seminole Golf Club. The residence is adjacent to the private golf course and includes another one acre parcel, west of the residence.

The “Riverfront High Rise Offices” are located in Downtown St Louis, at the Metropolitan Square Building, which is located on the 26th floor; which sits directly across from the St Louis Cardinals Stadium, the St Louis Arch and the Mississippi River.

The “Park View Penthouse” is located in the Central West End District of St Louis, Missouri. The Chase Park Plaza is a famous historic hotel with a full movie theatre, spa, gym, two restaurants and an outside pool.

The project is located in North Palm Beach in Seminole Landing. The residence, an Old World Mediterranean Style, is designed by Stuart Brenner Architects. The property has gone through several additions, and new construction builds through Rothrock Construction since the original build.

Light Up the Night